LIVE TOURS ›
ANCIENT ROME ›
The SECRETS of the Colosseum

LIVE TOURS › ANCIENT ROME › The SECRETS of the Colosseum

The SECRETS of the Colosseum 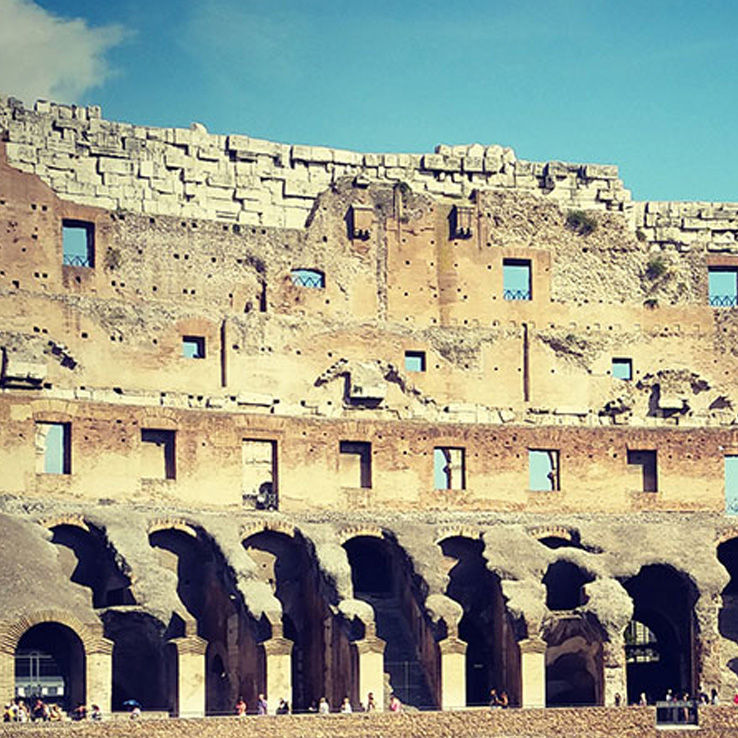 This unique skip the line Colosseum Underground + Arena will open the doors of the “secret” parts of the Colosseum usually closed to the public with a brand new path!
You’ll walk into the Arena: the Colosseum’s stage where gladiators have fought for their lives and where those condemned to death were fed to animals!
Take this rare visit to the Ancient city that very few have seen!
Descend into the underground, the hidden heart of the Amphitheater: once dark, noisy and crowded! The place where animals were kept in cages, where  gladiators and hunters waited for their moment to reach the Arena and slaves worked levers and lifts to let the spectacular shows begin!

Next Stop: The Palatine Hill

As we exit the stadium after the Colosseum Underground and Arena we will admire the Arch of Constantine and from there we will climb up to the Palatine Imperial Palace.
This is the hill where the Eternal City was founded and where the emperors built their monumental houses; the imposing halls of the imperial residence and the view over the Circus Maximus are a once in a life experience you cannot miss!

The Colosseum Underground and Third Tier Tour is not only about beautiful views and dark dungeons …You’ll visit the entire archeological area.

And what about the everyday life in Rome?

The Roman Forum is the crowded monumental heart of the city.
Visit the downtown, admire the imposing Senate house, see the temples, the Basilica: the ancient Court hall and walk on the same cobblestones Roman emperors, senators and brave commanders walked 2000 years ago!
Imagine the slave market, the crowded city hall and the beautiful Vestal virgins walking to their homes!
This walking tour is an exciting experience that will let you relive the glorious past of the Roman Empire!

*Adult ticket  25€.
The admission ticket for children (3-17) with a valid ID is 4€ for he reservation fee
Children (0-2) are granted free admission as well as a free tour.
The price of the ticket will include the skip the line entrance.

IMPORTANT COVID PROCEDURE: during covid, the exploration of the Colosseum underground and the arena floor are controlled and limited by the Colosseum staff.
This implies that the tour has mandatory time limits and compulsory paths some of which doesn’t allow to stop for explanation.

No wheelchair access.
Bags, backpacks and suitcases are not allowed in the Colosseum, no cloakroom service is available.