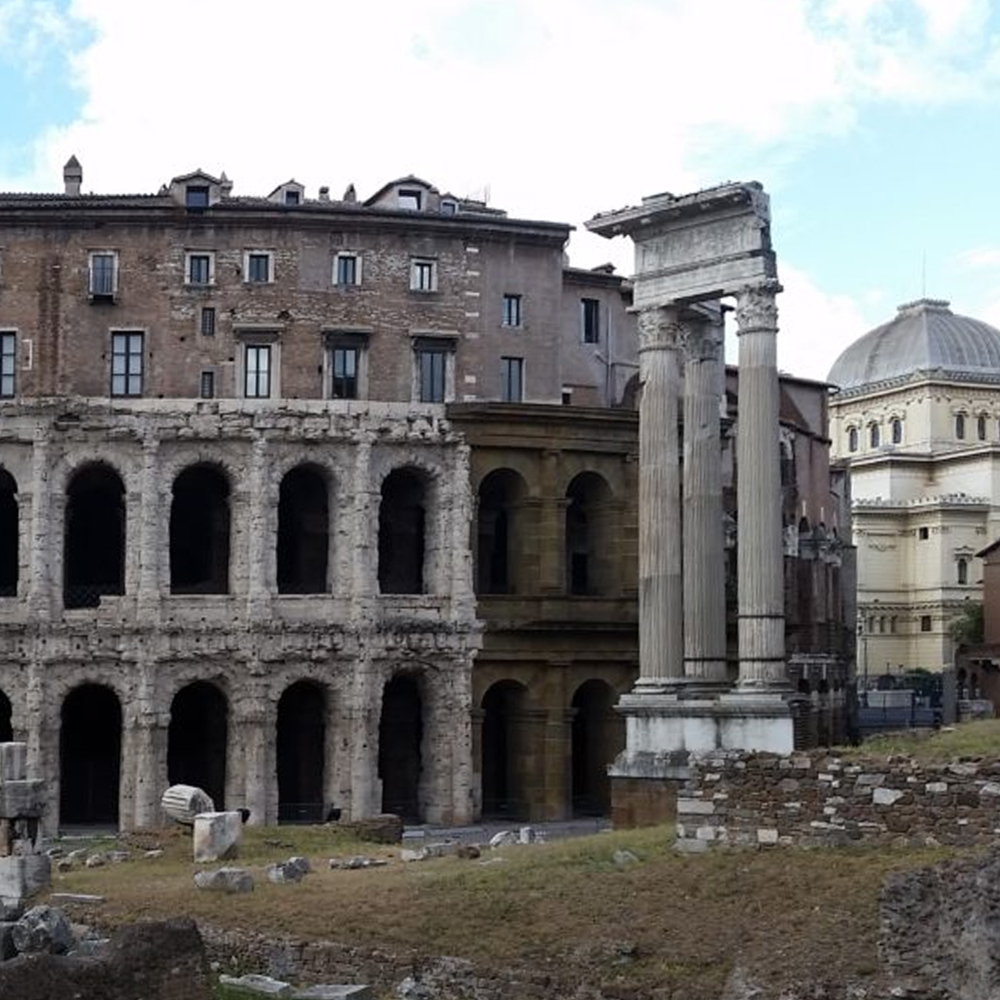 If you want to get off the beaten tourist tracks and walk through the “true Rome”… our Jewish Ghetto Tour is made for you.

PRIVATE TOURS ARE AVAILABLE EVERY DAY EXEPT SATURDAY UPON REQUEST

The Jewish Ghetto walking tour is for whoever wants to truly understand the essence of Rome. Follow our local, licensed, Roman guides to explore and experience the eternal city, not just see it.

Are you looking for something a little different from the usual monuments or museums? Do you want to walk the road less travelled and not just the usual tourist paths? Come with us and take a walk through the true heart of Rome. Come see street artisans, narrow cobbled lanes, medieval towers built over Roman ruins, breathtaking views of the Tiber river – enjoy all these sites, sounds and flavours of the city on this single tour.

We’ll start from Campidoglio Square and have a stunning view of the Roman Forum to discover the story of the first jewish slaves broought to Rome by the Emperor Titus and then continue to the place where the community was forced to leave: “the jewish ghetto”. Pope Paul the IV in 1555 built walls and gates and obliged the jewish romans to leave only in there. All around it, incredible roman remains like the Theatre of Marcellus and the temple of Apollo Sosiano. As we will be inside the district, we’ll discover the structure going throught via del portico di Ottavia and Via della Reginella. We’ll see the stumbling stones and the place where the ancient synangue used to be until we’ll reach the new one: The TEMPIO MAGGIORE.

This is a full immersion walking tour through an amazing cultural and historical melting pot, where Pagan cults, Christian and Jewish traditions are joined in one of the most original districts of the world.

Do you want to taste kosher food (bakery and cakes) and Roman specialities on the same street… then don’t not miss our Jewish District Guided Tour!

The first Jewish community was established in Rome more than 2000 years ago. From then on Christianity and Judaism have lived side by side, mostly in harmony…but not always: the sad crumbling remains of the walled district known as “Ghetto” (where the Roman Jews were forced to live between 1500s and 1800s) were torn down only in the 19th century. You will go through the history of the community leaded by your guide, discovering how they lived, how many re still there, how the ghetto used to be five hundred years ago and you will also understand how it changed until today.
Having been theatre of the persecution until the 16 October 1943, the place is a monument to the memory of the Jewish community in Rome and deserves a in-depth exploration.

If you wish to add some food tasting on the way, let us know, we know where to find the best “pizza ebraica” and “carcifofi alla giudia”. Want to know what they are? Book the tour and you’ll…EAT!

For a food tour in Trastevere and Jewish ghetto click here

Get away from the crowds and discover the most authentic side of our city, book your Jewish District Guided Tour now!

From June to October: an extra fee of 15% will be added on top of the price for every last minute request (starting from 3 days before the date requested for the tour)

Explore the beauty the ancient Jewish Ghetto in a private live session. It will be you, your family, your friends and your guide live from the city. From Teatro di Marcello, through Portico di Ottavia to the Synagogue or “Major Temple”. Breathtaking views, compelling stories, sensational archaeological remains. The eternal city is a great open-air museum and the scenery of Jewish Ghetto is undoubtedly a hidden gem among the most breathtaking treasures in the world Visit the ancient Theatre of di Marcello (the informal entrance to the ghetto) with the main temples of di Bellona e Apollo Sosiano, the Church of Sant’angelo in pescheria and the old the fish market. The story of the first Jewish slaves brought to the city of Emperor Titus at the creation of the ghetto by the popes in the sixteenth century until the cruel roundup of the 14th October and the construction of the biggest Synagogue. With your personal guide you will see ruins and you will learn everything about the history of the Jewish community and their famous traditional cuisine. Listen, look, explore and ask as many questions as you want! Live tours are perfect to try wherever you are. All you need is a connection and a screen to connect with us.