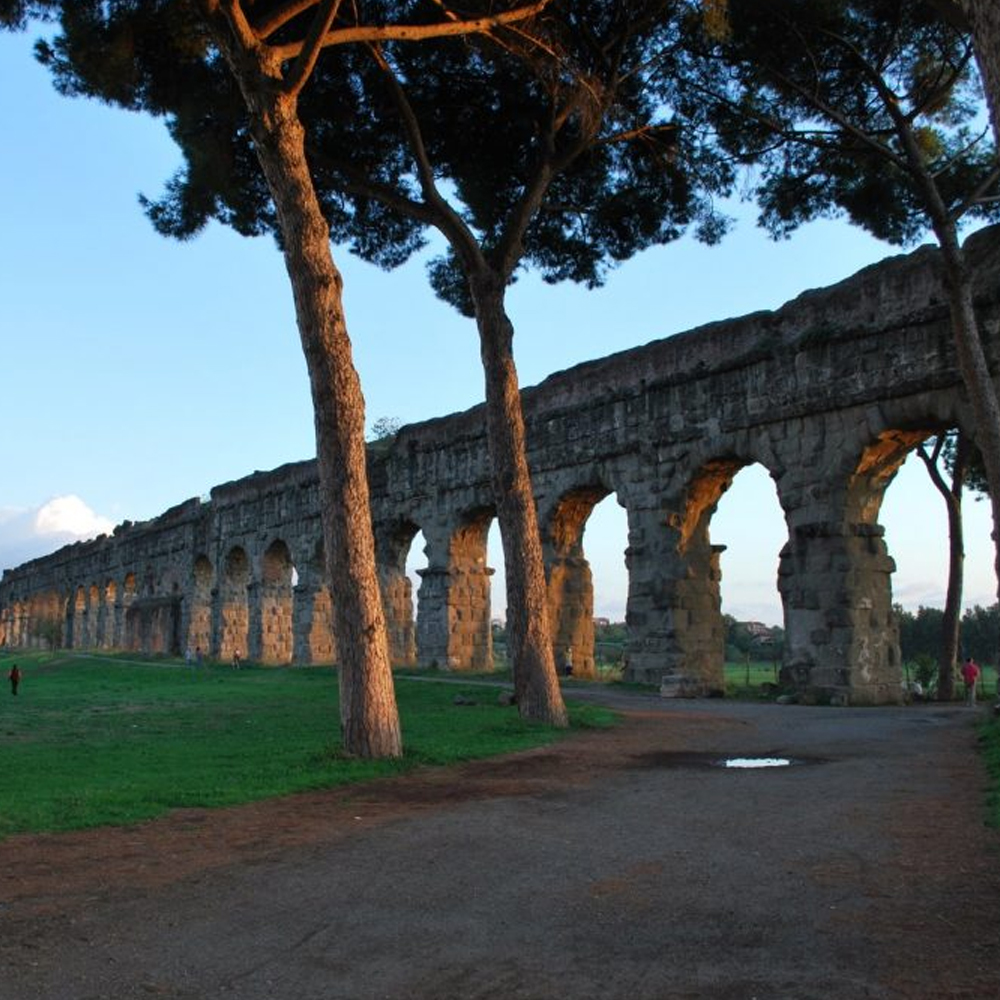 Ancient Romans were extraordinary hydraulic engineers and the spectacular remains of the Aqueducts they built are still here to prove it.
Between the IV century BC and the III AD, Romans built the eleven aqueducts that would supply the city of Rome with an amount of water per person equal to twice the current one.
The amount was distributed among 1.300 public fountains, monumental fountains, about a thousand pools, private houses (a few of the more luxurious) and the spectacular public baths.

Water was also needed for the thrilling shows offered to citizens – such as the famous naval battles- and for artificial lakes such as that of Nero.

If you are interested in these beautiful and functional engineering masterpieces, you will not want to miss our tour dedicated to the Aqueduct Park!

Discover the archaeological gems located in the Regional Park of the Appia Antica. Spread over 600 acres, the park houses six of the eleven aqueducts from antiquity plus one built during the Renaissance: the aqueduct Felice.
This was built by Pope Felice Peretti (Sixtus V) to bring the water to Rome and named after him. This Pope reused and restored the archway of the ancient aqueduct Marcio, originally the third aqueduct in Rome, built in 144 BC by the praetor Quinto Marcio Re.

The park stretches within the modern Roman city between Via Appia and Via Tuscolana. Hidden from view by the park’s trees are not only aqueducts but also many other buildings from both Roman and Medieval times. Our guides will take you on an exploration of the “Tomb of the Hundred Steps” and the picturesque railway station, Rome-Frascati, inaugurated by Pope Pius IX in 1856.

Throughout the entire tour, the arches of the aqueducts will be the spectacular backdrop for our walk, offering one of the most beautiful and unspoilt landscapes in Rome!

Take the opportunity to observe the arches of the aqueduct Claudio which reach the incredible height of 28 meters, admire their imposing beauty and their structural perfection…did you know they keep a constant 2 degree slope to let the water flow from the source spring up to Rome?!

Our official guides will tell you of recent excavations and show you newly discovered tombs, the recently uncovered ruins of the ancient street Via Latina, the remnants of an old hotel, and you will also see the original Roman pipes – still in perfect condition!

Discover how even through the Middle Ages this area supplied the city with its water: how the trench of Acqua Mariana, called Marrano, was built by Pope Callistus II in 1122 to carry water to Rome from aqueducts Tepula and Iulia, collecting it in a Roman cistern. You will have the opportunity to take a closer look at this perfect system, see how it was made and how it worked.

This tour of the park of the Aqueducts is for everyone who wants to walk in the countryside and enjoy fabulous scenery while discovering archaeological remains – like a true explorer – in a lesser-known part of the city! 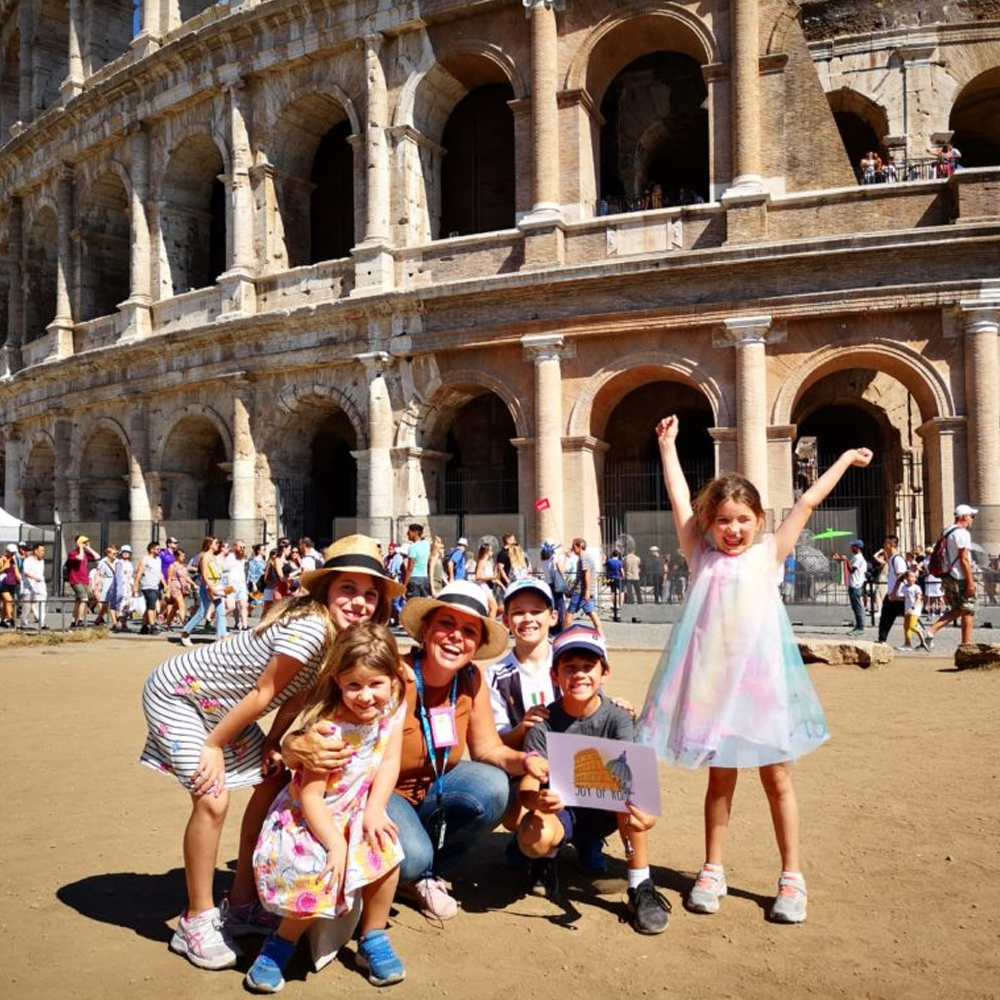 skip the line:
COLOSSEUM
FOR KIDS! 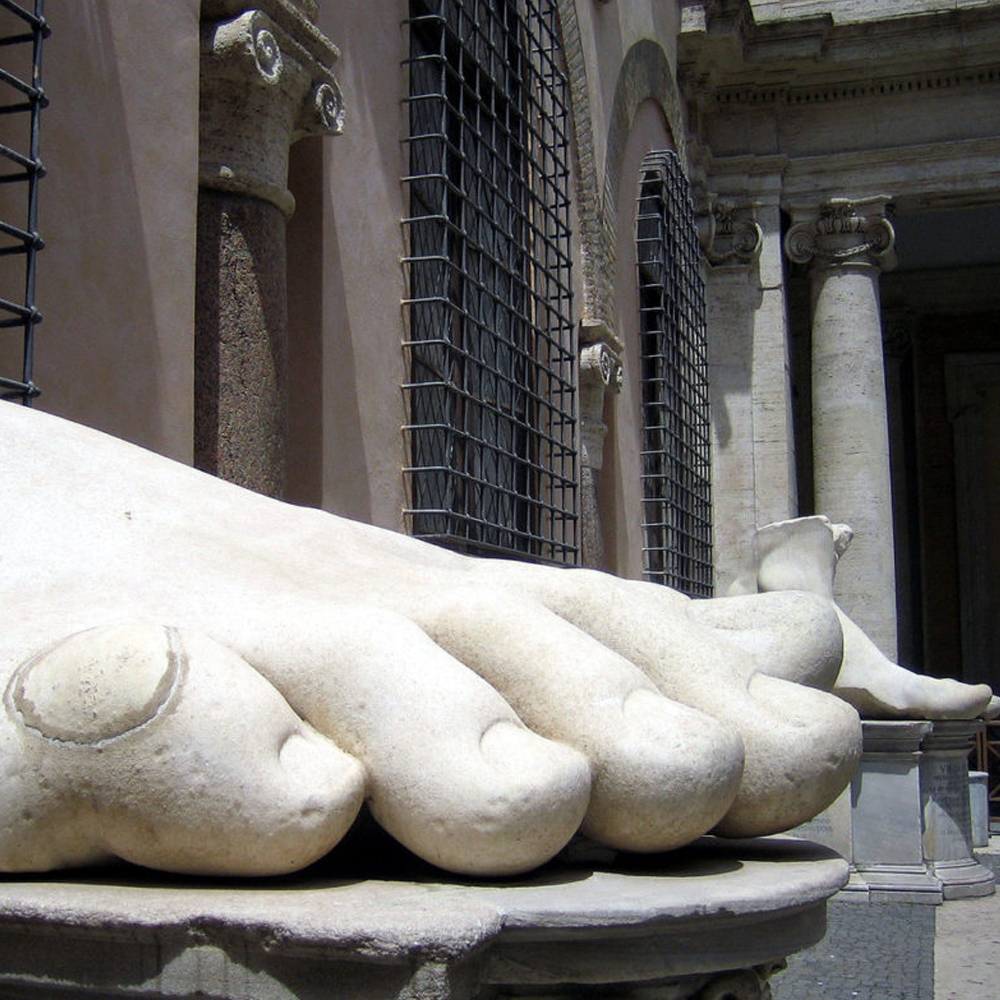 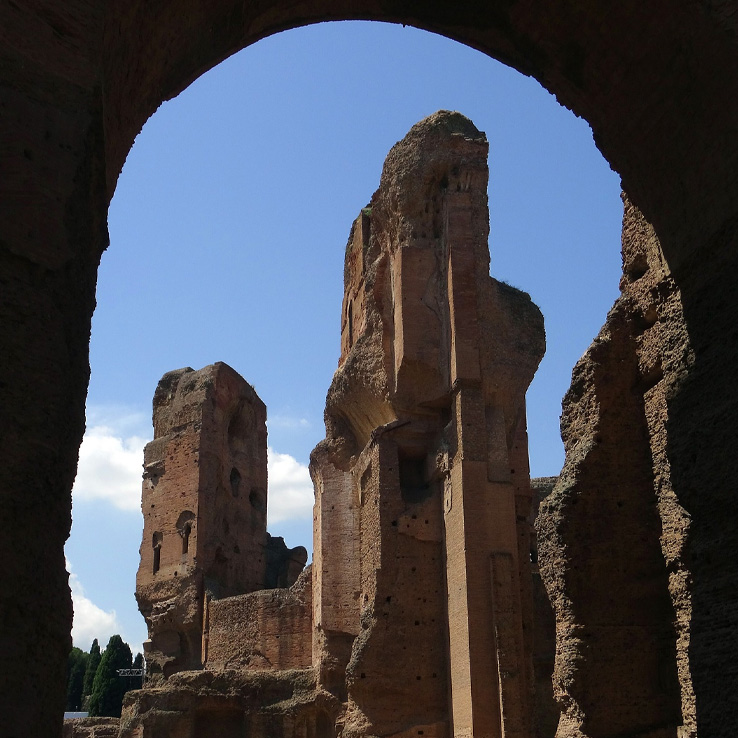 The Baths
of Caracalla
Tour