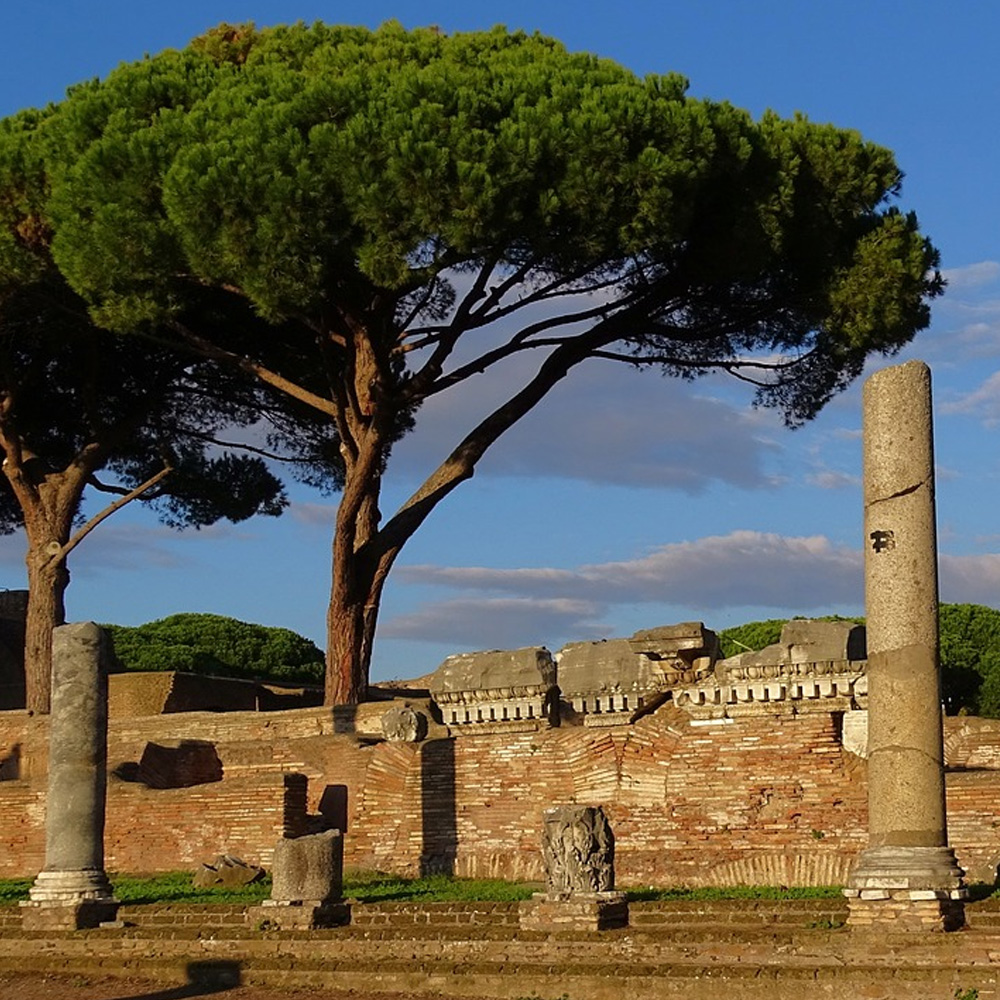 Ostia Antica was the Ancient harbor of Rome and is the best preserved ancient Roman town with its Emporium, amphitheater and residential area.

Ostia was the first Roman colony and quickly became a river harbor with a commercial function, supplying Rome with food and also had a strategic military role as naval base.

The city reached a peak of almost 75,000 inhabitants in the 2nd and 3rd centuries AD and its location at the “mouth” of the river Tiber guaranteed its status as an active and prosperous colony!

The Ostia Antica Tour is a full immersion into the everyday life of the colony. Our local, licensed guides will show you the river port’s districts, its cults and religious buildings, houses and spas with their beautiful mosaics and remnants of artworks.

If you don’t have the time to go to Pompeii but would like to get a glimpse of the Ancient Roman life, visit the ruins of apartments in a condominium, an ancient fast food eatery, spas, warehouses, villas, a laundry and a dye works, temples and a marvelous theater – come with us to Ostia and see life as it was 2000 years ago!

The political, commercial and religious center was bustling with activity and typical of a Roman town – you’ll see the Forum, the Baths, the Capitolium, the Small Market and the fishmongers’ shops.
Along the “Decumanus” (one of the main streets) you’ll explore the commercial heart of Ostia with its public buildings, the huge “Piazzale delle Corporazioni” (Square of the Guilds), taverns, various handicraft workshops – like the very interesting “Fulloniche” (Fuller’s workshops).
There are also houses and “modern buildings” in Ostia Antica and near Porta Marina, you’ll find sepulchral monuments.

So...Experience Ostia Antica, a perfectely preserved Roman town and the Ancient harbor of Rome – just like Pompeii but only 30 minutes away from the city!

PRICES: guide fees must be considered as a total, not per person.

From June to October: an extra fee of 15% will be added on top of the price for every last minute request (since 3 days before the date requested for the tour).