Bread and Circus: SPORT and FUN in ANCIENT ROME 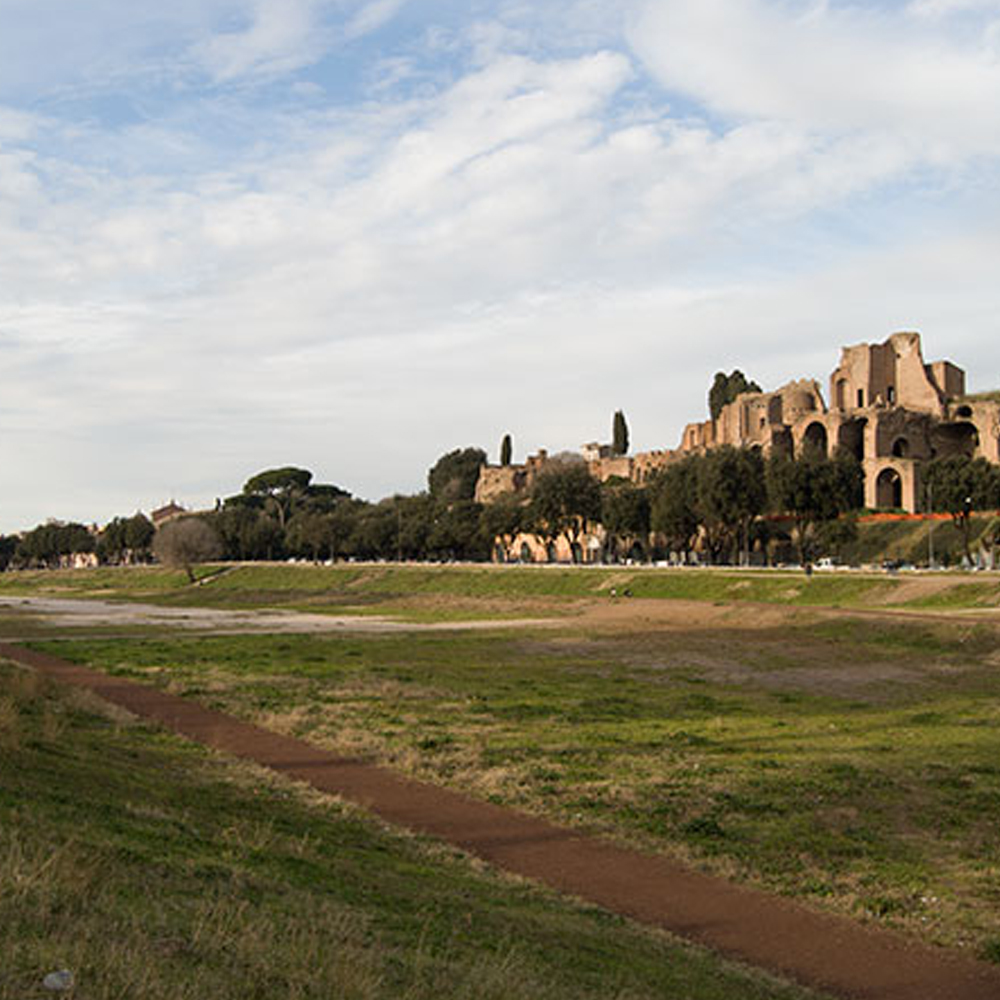 Colosseum and Circus Maximus
Tour of the Shows in Ancient Rome

Stadiums, matches, referees, factions and teams, are we cruising the sport channels? No! we are talking about the most famous spectacles of ancient Rome!
Romans were fond (as much as today) of sports and competitions … let’s discover it together in an archaeological journey that will engage the whole family!

THE COLOSSEUM AND THE CIRCUS MAXIMUS: Let’s visit the most imposing “stadium” of antiquity with an expert  super entertaining guide!

A surprising walking tour, led by an expert licensed guide to discover the Roman love for sports and races:

We will  learn about the shows held in the Colosseum and about another sort of competition that Romans loved: the CHARIOT RACES held in the magnificent CIRCUS MAXIMUS, recently excavated and re-opened to the public!

How does the tour work?

COLOSSEUM FIRST!
We will skip the line and visit this magnificent stadium, a masterpieces of Roman architecture and the best loved place in the whole city!
You will learn all about the amazing shows held there: animal fights and hunts, bloodthirsty executions and gladiatorial combat, naval battles and re-enacted myths, all this put on in front of spoiled crowds.

Your knowledgeable guide will let you relive the screaming, the betting and the fighting! imagine the crowded seats, the colored flags, merchandising and passion…

It will be fun to step into the life of sporting heroes from the past and realize that…nothing has changed!

CIRCUS MAXIMUS is our next stop!
Just a 5 minute walk we will reach the remnants of that magnificent ARENA! RE-OPENED TO THE PUBLIC AFTER LONG EXCAVATIONS that have brought to light its magnificent original structures! You will have the opportunity to admire the remains of  galleries, seats, shops and a roman street too!

Before the Colosseum was built the heart of the Romans all went to the chariot races held in the Circus Maximus: a massive arena that could accommodate up to 250,000 spectators in one sitting… 5 times the number that could be contained in the Colosseum!

It is believed that Tarquinius Priscus, the fifth Roman king, built Circus Maximus in late 7th century BC at the bottom of the Palatine hill, where the Imperial Palace was. This was the largest stadium in the Roman Empire and a model for other stadiums across the Empire.

Romans (much as they do today) loved racing anything… so of course they loved chariot races! Here 4 teams of charioteers were competing on the field and 4 factions of supporters fought against each other on the stalls.

Corrupted referees, dangerous races, mortal accidents  were romans’ bread and butter! Hot dogs, Bets, dolphins and eggs to count the laps and much more will revive under your eyes in this charming tour of the shows in Ancient Rome!

Roman emperors used to offer these free shows at circuses and amphitheaters.
It was a good way to make themselves popular and …to avoid being murdered!

This walking tour is perfect for the whole family: kids fond of sport and husbands missing their hometown team!

Through the passion for sport you will be captured by the ancient world, this will be engaging and fun, and you will visit some of the most beautiful monuments of Rome and learn their charming history!

Match your passion for sport with ancient history and let us take you back in time!… Ancient Rome has never been so modern!

The Colosseum, the largest stadium of the roman empire and a virtual tour to go through the story of the shows held in there! We will be in our apartment in Rome, you’ll be at home or were you prefer but we will both BE in the streets using google earth! In 1 hour we will cover all the secrets of the mighty amphitheatre: tigers, lions, gladiators, blood and death sentences. Slaves, entertainment and unbelivable reconstructions: it will be like being there! Prepare your glass of wine (or coffee mug) and enjoy the story interacting with your live guide!